Skip to main content
Scroll down for more info!
Harriet Tubman achieved great success for herself and many others on her journey from slavery to freedom. As an escaped slave turned freedom fighter, she was the infamous major conductor of the Underground Railroad. She was a lumberjack, a cook, a nurse, a spy, an herbalist, and the first woman and black person to lead a military raid operation during the American Civil War. She was respectfully called "General Tubman" by those in her circles of affluence. She was a women's rights suffragist, philanthropist, entrepreneur, public speaker, volunteer, caregiver and an advocate for freed slaves' education. In 1944, the United States Maritime Commission honored her by launching the navy ship SS Harriet Tubman. It was the first Liberty ship ever named for a black woman. All of Harriet Tubman's achievements were accomplished not being able to read or write; suffering from a disability caused by being hit in the head as a youth; and having no formal education. Nevertheless, she was always full of faith, reverenced God, and referenced Him in her success! You can now learn more about this revolutionary great history maker and how to leverage her key strategies and 5-STAR leadership qualities to empower you and your team's success. Discover the profitable benefits of being a school-to-work transition partner. Be a Legendary Leader for the good success of all! Sign up TODAY. Get onboard! 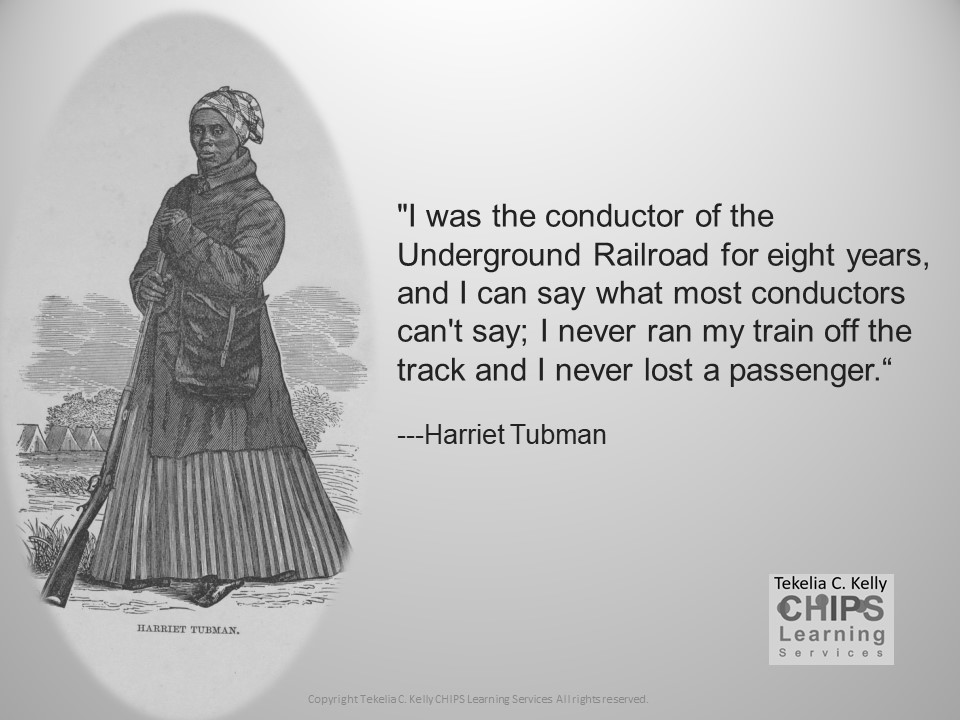